Editor’s Note: Feel free to post as big or as small of a list as you would like below but please keep your lists contained to these posts and do not open up your own or fill up the OT with them. The winners will be announced alongside the other winners of The Pits on 12/20 and will be calculated by adding up your lists (10 points for first, 9 for second, etc. with 5 per awarded for unranked Top 10 lists). Voting will be cut off some time on 12/20 so make sure to cast your ballot before then. If you wish to change your ballot later feel free to, but please indicate clearly that you are recasting your vote to make things easier to count.

Whatever your tastes, it’s hard to deny that 2017 was a stellar year for video games. It was difficult to keep up with the deluge of awesome titles being released every month. If you wanted a stunning reinvention of the open-world genre, there was The Legend of Zelda: Breath of the Wild. If you wanted an ultra-hard boss rush that was also a love letter to 1930s cartoons, there was Cuphead. If you wanted a thoughtful rumination on mental health and the hollowing out of the American economy, there was Night in the Woods. And that’s just scratching the surface. Horizon Zero Dawn, Nioh, Hellblade: Senua’s Sacrifice, Tooth and Tail, Everything… I could go on and on.

My great challenge this year was narrowing down my list to only ten games deserving of recognition. Solid entries in established series, like Danganronpa V3: Killing Harmony, and interesting experiments in interactivity, like Late Shift, that would have made the cut in previous years had to be left off the list. I haven’t even managed to finish every game I wanted to consider yet! (Sorry, A Hat in Time, Wolfenstein II: The New Colossus, Doki Doki Literature Club, and Xenoblade Chronicles 2.) So think of this as my temporary Top 10, a snapshot in time of how I felt about 2017 in gaming. In fact, I intend to post an updated Top 10 in the comments closer to the deadline. I encourage you to share your lists in the comments (keep them to games released in 2017, please!), so we can all celebrate this amazing year for the medium together.

All screenshots are my own unless stated otherwise.

At once a narratively rich life simulator and a deeply involving JRPG, Persona 5 delivered a blistering takedown of corruption, patriarchy, the exploitation of power, and ultimately, the culture of apathy that pervades society and prevents these ills from being eradicated. And it did it all in style, to boot. [Screenshot source: The Verge]

Our favourite Brooklyn plumber uses a hat occupied by a sentient ghost to possess a menagerie of innocent creatures who just want to be left alone. It’s best not to think too hard about it. Just enjoy this endlessly creative 3D platformer that is chock-full of delightful surprises. 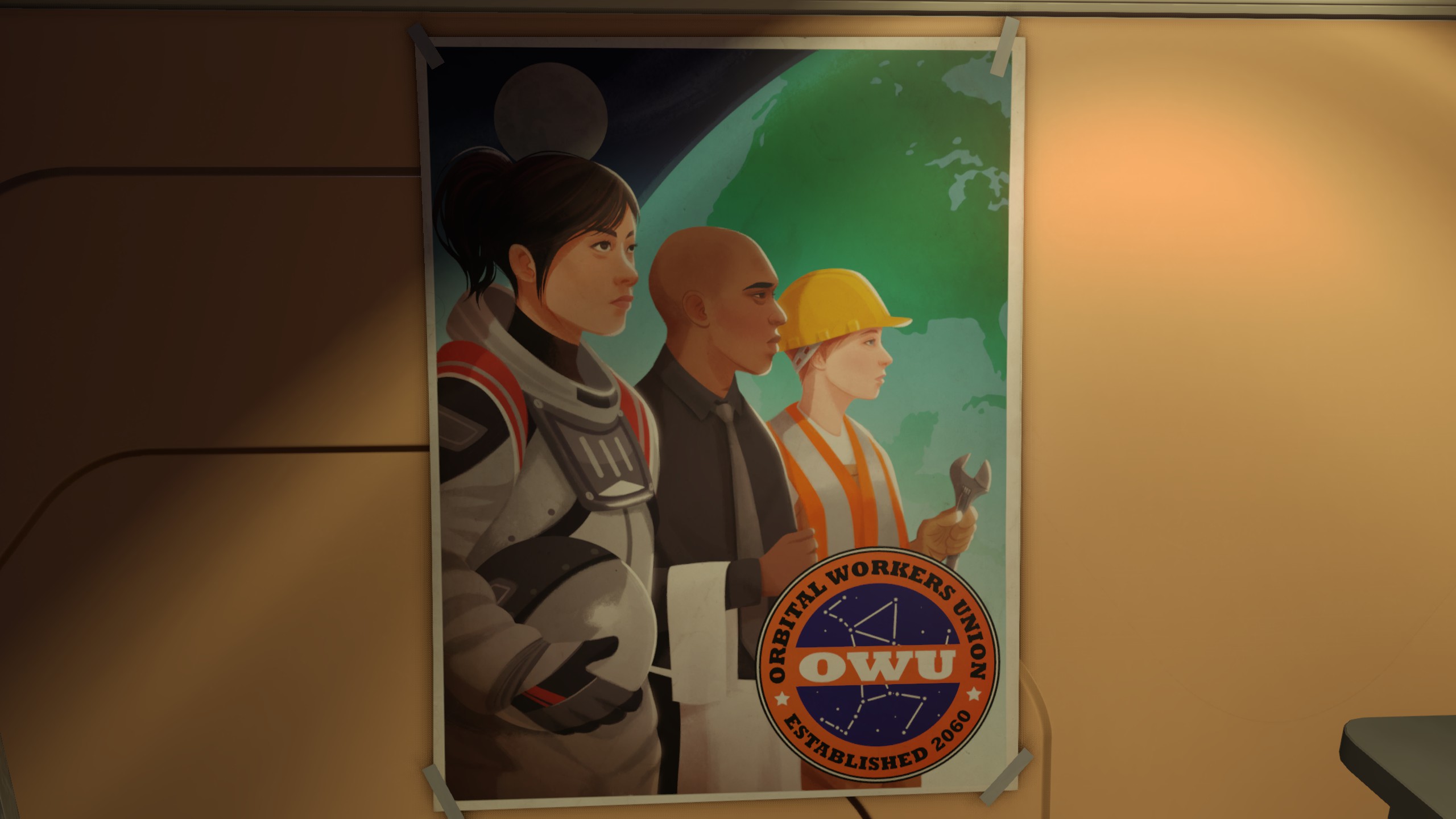 Even as we develop increasingly impressive new technologies, for most people the future will be depressingly pedestrian and mundane. Tacoma recontextualizes space travel and galactic resource exploitation as a regular part of life and then exposes how potential disaster could actually be terrifyingly normal.

Golf Story is both a send-up and a celebration of the gentlemen’s game. It’s also a hilarious and bizarre love letter to the golden age of top-down 16-bit RPGs. Eat your heart out, Happy Gilmore.

Many video games aspire to be like movies, but few aspire to be like television shows. Yakuza 0 imbues its dense, detailed world with the spirit of a pulpy cable drama and is all the better for it. It works both as an origin story for series protagonist Kazuma Kiryu and as an introduction to the seedy underbelly of Tokyo and Osaka.

There is absolutely no reason for this game to be any good. The Rabbids are terrible. Half the jokes involve toilets. Luigi is running around with a God damn sniper rifle. Yet somehow Ubisoft’s zany take on the turn-based tactics genre not only works, but also manages to be one of the best games of the year.

4. What Remains of Edith Finch [PC] 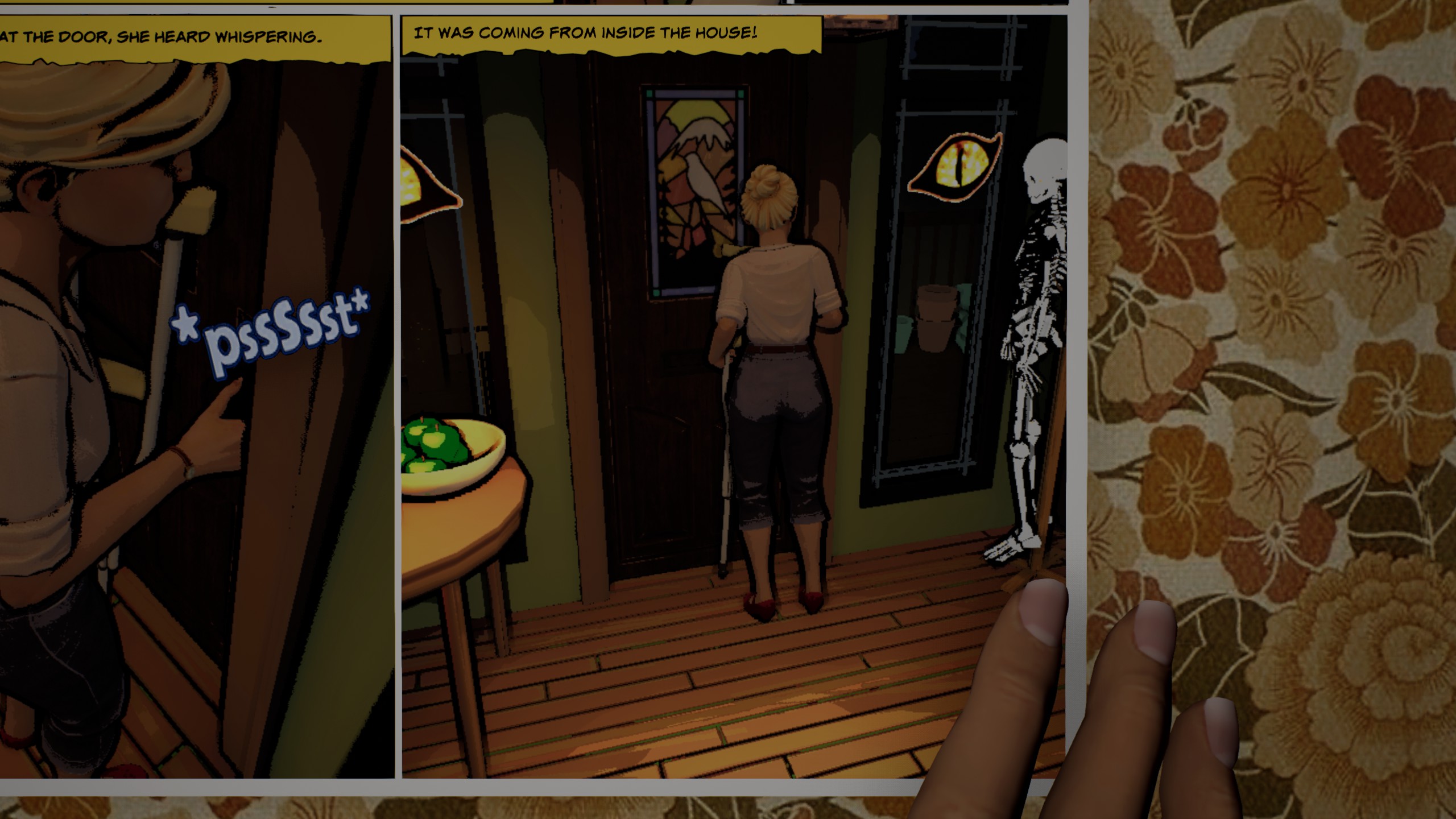 What Remains of Edith Finch is a deceptive game. What starts off seeming like a Gone Home clone quickly transforms into one of the most inventive narrative adventures ever to grace our personal computers. By the time the final frames hit your screen, you’ll have laughed, teared up a bit, and even audibly gasped a few times. 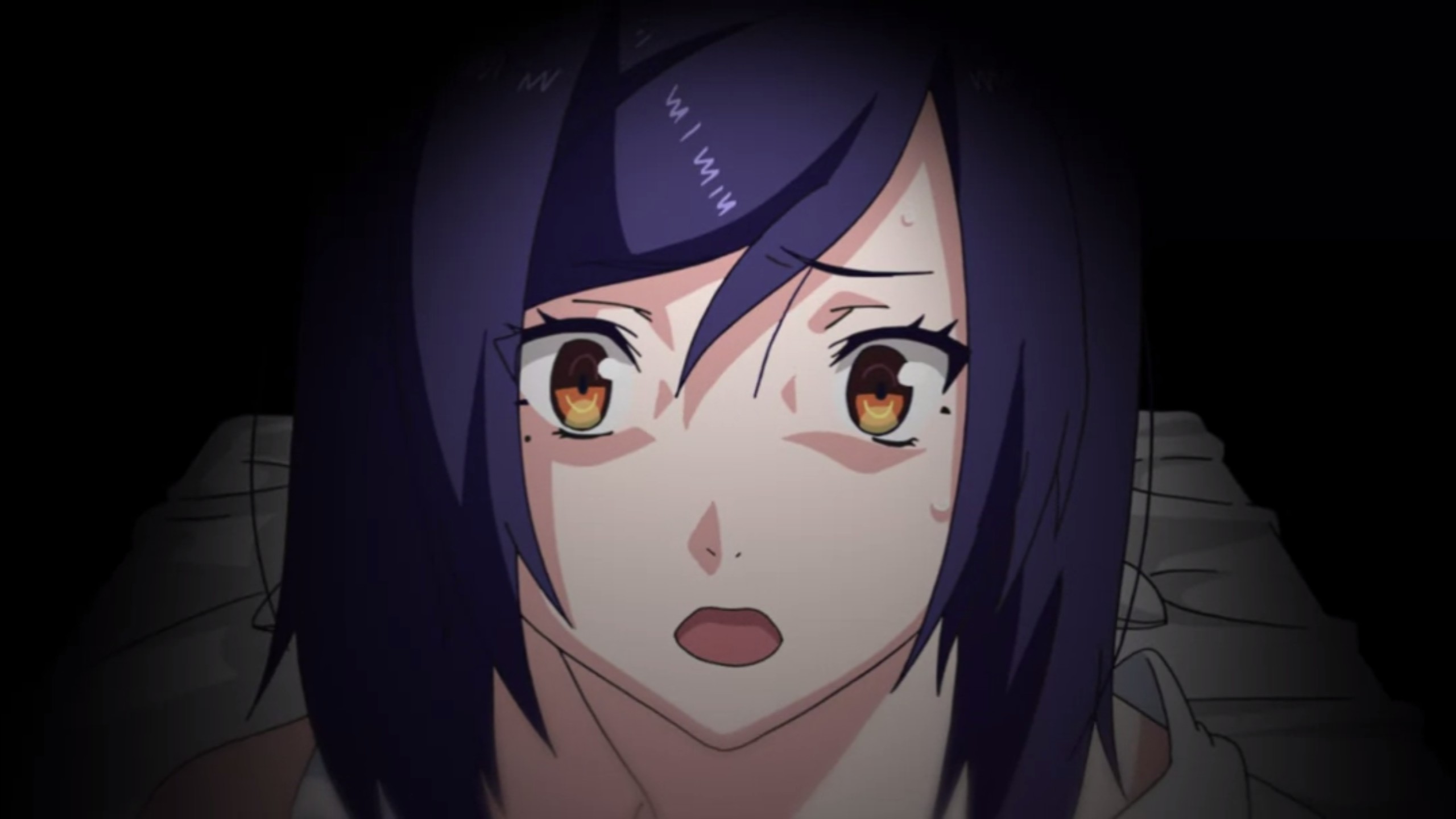 Every time you think Tokyo Dark has finished plumbing the depths of the human psyche, the game reveals that it can go deeper. Both a reinvention of the point-and-click adventure and a chilling portrait of mental trauma, Tokyo Dark had me ruminating on its implications for days. 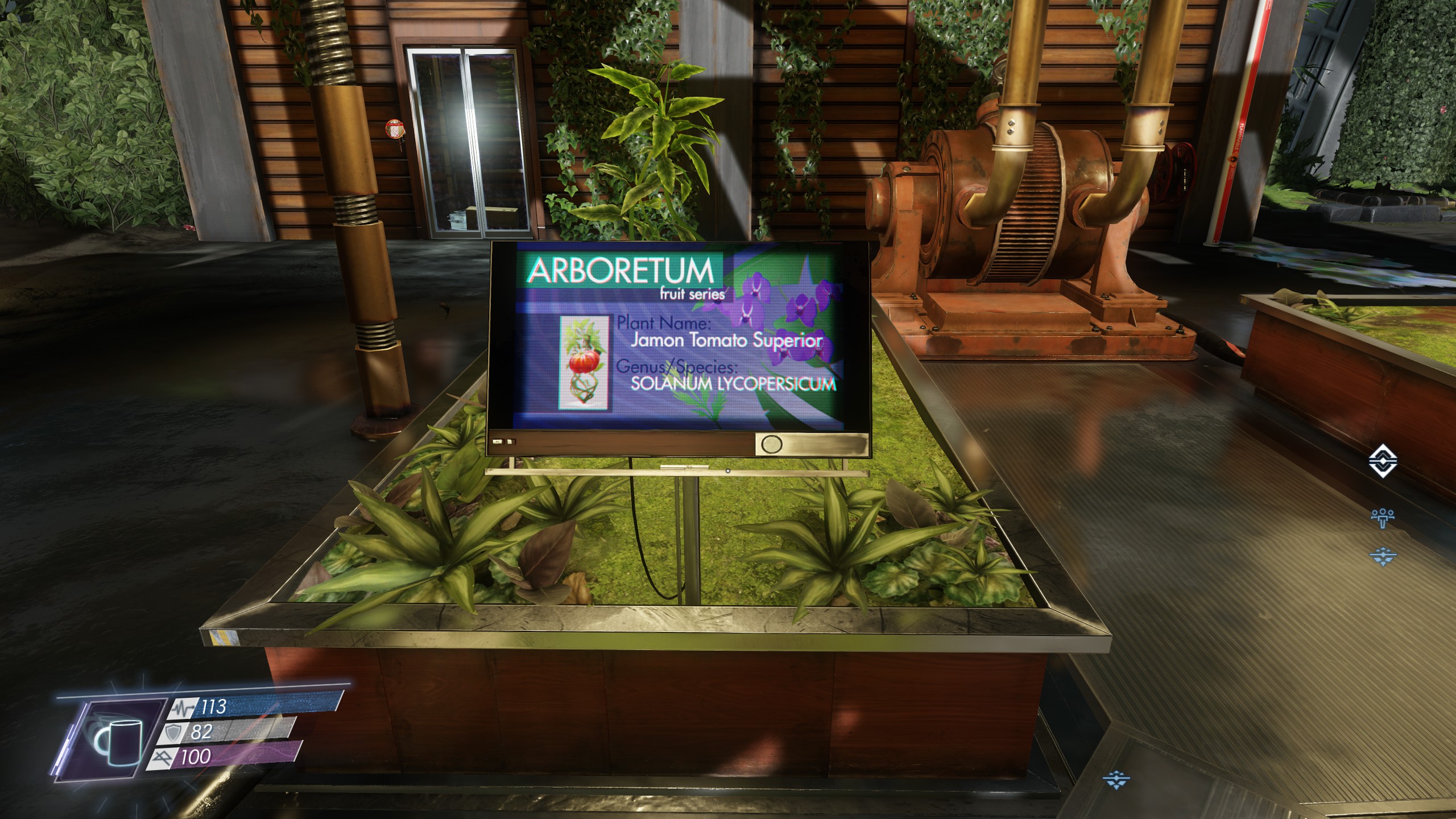 Science run amok. Profits over people. A terrifying alien foe. Prey remixes these familiar tropes into a cohesive whole and delivers a thrilling adventure that is possibly the best immersive sim of the decade. (It’s also scary as hell; I don’t recommend playing it right before bed.) 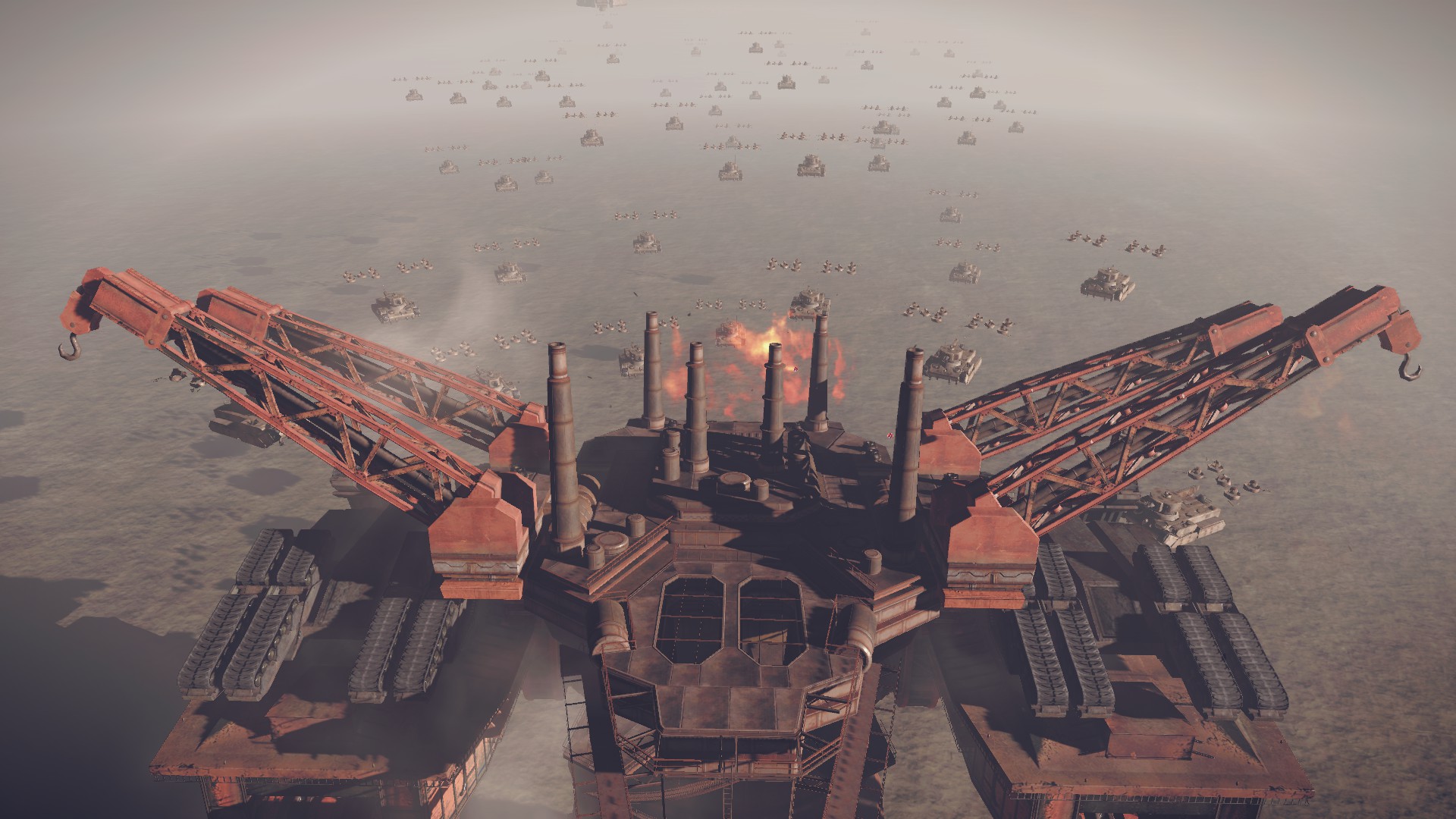 Each playthrough or “route” of NieR:Automata is like a layer of a philosophical onion, posing a simple question with a complex answer. The game begins by asking, “What makes a society?” Then, it poses the question, “What makes a human?” And finally, it asks you, “What makes consciousness?” Along the way, you meet some colorful characters, pilot an aerial mech, and beat up a whole lot of robots. NieR:Automata is unabashedly a video game, and it should serve as a lesson to anyone who believes that the medium is incapable of being as gripping, emotional, and thought-provoking as any other.

And there you have it: my Top 10 games of the year. What are yours? Have at it, my fellow Guacs!