Soooooooo, how about those politics lately?

(I was also thinking about putting “I Worship Chaos” by Children of Bodom up here, but I suppose death metal with Cookie Monster vocals is more of an acquired taste.)

It’s pretty overwhelming – but when you compare it to the state of things just one week ago, it’s even more overwhelming! Amazing how that works, but hey, we’re moving in the right direction. To get you oriented, here’s a few headlines extracted from the giant mess of breaking news, no doubt obsolete by the time this post goes live.

Now, how they go about it is still unclear. Will they maximize their advantage by dragging out hearings forever, or pass it along to the Senate like a hot potato as soon as possible? We’ll see. Anyway, this whole “action” thing is new, and it feels good!

In the imagination of [checks notes] the President of the United States of America, the Ukraine is his personal tributary state, while simultaneously being host to a mountain of conspiracies directed against him. There are also servers, and probably Clintons. In reality, their recently-elected President is trying to secure the defense aid they were promised by not disturbing Trump’s delusions too much.

This Guy Truly Has No Idea What He’s Talking About

Trump’s ignorance isn’t a defense, but it is again a decent explanation. Because he is constitutionally incapable of being less ignorant—because his mind is gone and because he won’t read or listen and can’t effectively digest even the smoothest juche gruel that his television gives him—he winds up thinking things that literally no one else thinks. 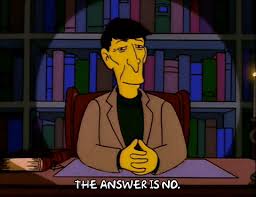 He seems to really want to go to prison and bring all his friends with him. Sounds like a fun time, and he’s doing a great job making it happen.

The NRA are officially Russian assets

Hey, remember that group that lobbies for America to never have meaningful gun control laws, and lots more people die as a result? Turns out they’re agents of an enemy government. Who could have imagined. Anyway, Trump is still cool with them, because he’s also an agent of [tackled by black helicopters]

Top NRA officials knew Russians were using ties to NRA to establish connection with next US President, report says

This is but a taste of all the shenanigans in the news right now, and I haven’t even got outside my US bubble! So in the comments below, bring us the politics and current events from any bubble of your choosing. Please don’t threaten Mayor McSquirrel or anyone else – he seems to have that covered already.