One of the most curious periods in Hollywood history was the years preceding the implementation of the Hays Code, more commonly known as the Pre-Code Era. It featured content that, just a few years later, would be unthinkable to show in a Hollywood movie. 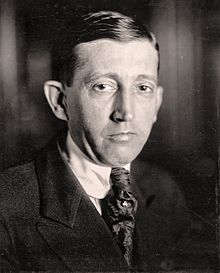 (Will H. Hays, the fucker who ruined everything)

For starters, the movies were mostly free of empty moralizing. Few things take the wind out of the sails of a classic gangster movie than a tacked on ending where the gangsters die/get arrested. Free from Hays’ meddling for a few years, directors like William A. Wellman, Mervyn LeRoy, and Howard Hawks were free to make gangster movies and trust the audiences to know this shouldn’t be replicated.

There were more frank sexuality as well. A few years before films could even talk about sex, films like Baby Face and Waterloo Bridge featured sympathetic sex workers, something still rare today. There’s also Blonde Venus, which featured a sympathetic adulteress. Josef von Sternberg and Marlene Dietrich (the director and star respectively of Blonde Venus) were at their career zenith during the Pre-Code Era. The Hays Code basically ruined films for them, he couldn’t get studios to finance his darker movies and she lost the freedom that von Sternberg’s direction gave her. Think of all the great movies they could have made if it wasn’t Hays.

And then there’s Design for Living, which featured a love triangle being solved by Miriam Hopkins choosing to be with both Frederic March and Gary Cooper.

And then there’s Bimbo’s Initiation which… this happens:

All of this ruined when Will H. Hays garbage code was put into effect.