A 4 years wait and now it’s almost over. We have only 4 matches left (including the 3rd place one), it went too fast, right?

Uruguay missed Cavani and Muslera killed them, Brazil played their best match and it wasn’t enough, Sweden forgot that it was a knockout stage and Russia almost did it again, with that let’s look at the bracket now 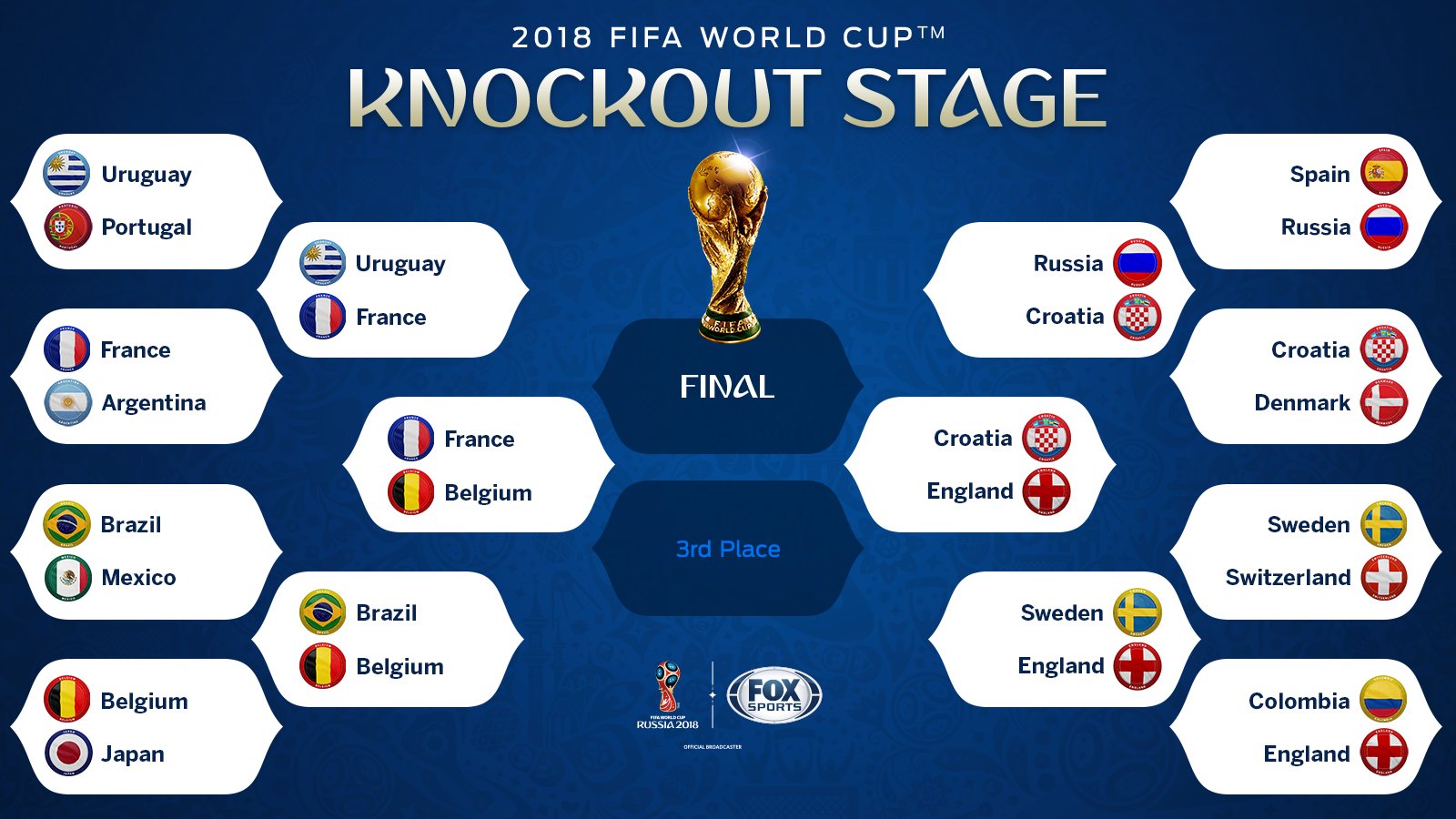 We get two days and 2 matches:

France didn’t have much problem against Uruguay and they keep carrying on, their youth is their double edged sword. It allows them to run circles around their rivals but also affects some game management skills. In front Belgium look pretty strong, they were able to go at it against Brazil with a pretty offensive play style and then the opposite holding the best Brazil of the tournament. Hazard, Lukaku and DeBruyne are the most fearsome trio up top (this is Giroud’s fault). Given how many goals were scored in their previous matches this should be fun

Remember when Joe Hart was mad about being snubbed? Given what Pickford just did, Hart won’t even be needed near the stadium. The “This is England” kid is ready for the biopic. Sweden tried, got denied, made some baffling subs and then gave up. I don’t know why. I don’t know what to think about this England team except that it was a great idea to lose against Belgium. In front, Croatia again went full 120 minutes and penalties which is both physically and mentally draining. On one hand this is great for England, on the other they must win in regulation because Croatia is a veteran at this now. Modric showed great skills as usual but also great endurance, if he can take control of the midfield alongside Rakitic this could complicate things. This will be England’s hardest match yet and still it seems pretty weak compared to what’s on the other side. It’s fine, the road doesn’t matter as long as it reaches its destination