Space: the final frontier. These are the voyages of the starship Okami. Its five to seven day mission: to investigate, to lie, and to boldly go where no Avocado has gone before.

This game will take the USS Okami’s away team on what should be an otherwise routine sociological investigation, but when the team encounters a changeling parasite, the crew’s alliances – and sanity – will be put to the test!

I will be your leader, Captain Lindsay Funke, and I hope this mission is a success for all of us. I admit it’s my first posting as Captain, but I’m sure things will go smoothly. (They always do on Star Trek, right?) This game will be rather complicated, but new players are still welcome to join. Just be aware that the rules aren’t for the faint of heart. If you’re willing to pay attention, follow the rules, and check your QT often, this is a game for you! 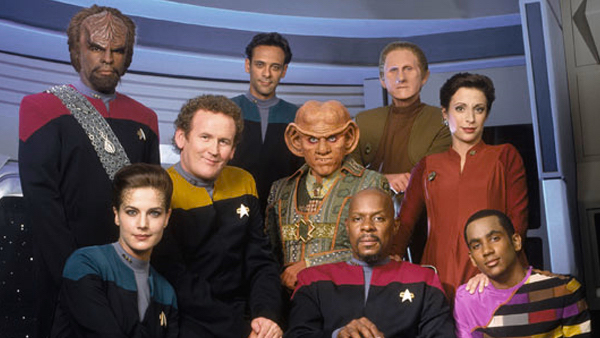 1 Changling – vanilla scum
2 Changling Doctors – special scum, no vote but can infect vanilla players
1 Empath – is sent a message about a random player whose orientation has changed (no info will be given about whether they’ve change from town to scum.
2 Medical Officers (doctor) – has serum to cure Changeling Virus
1 Chief Security Officer (jailer)- (protects the player of their choosing from death or infection at night. If someone with a special power is targeted, they will not be able to use their power)
1 Klingon Warrior (vigilante) – Has a two shot night kill power
10 USS Okami Crew (Vanilla Town)
1 SK (only active after in game events)

The goal of the Changeling Doctors is to infect the Okami’s crew with the Changeling Virus and bring them into the fold. Every night the Doctors will each target one person of their choosing – but due to the Changelings being in a weakened state, their telepathic powers have been crippled and there will be no QT for scum initially.

Night kills will occur by vote from vanilla scum. In the event of a tie, a coin flip will decide the kill. Although the Scum Doctors will know their partners identity, vanilla scum will be unaware of who is currently scum and who is town.

The virus is also unstable, and the Okami’s crew – being made up of non-native species – is not the ideal host. Therefore, the Changeling Virus will jump to a new host every night.
To determine the rate of the virus’s movement, I will roll a 4 sided die to determine the number of players to swap orientation. The players will be chosen by a random number generator, and their names will be randomized before picking.

The number of people who change will effectively double (1 vanilla + 1 scum swap, or 2v + 2s)

Role Swapping and Changeling Infection will continue until the game’s midpoint, at which point the virus’s cure will freeze character roles. After this point, the changelings will gain access to a QT, and new powers will be in play.

DO NOT EDIT ANY POSTS. This game operates on trust that people won’t change what they said once it’s inconvenient to them. If you are caught editing posts, you may be mod-killed.

DO NOT QUOTE QT OR POST SCREENSHOTS FROM QT. You are free to make claims about your powers and faction on the day threads, but you cannot back them up with exact QT wording. Paraphrasing is fine within reason (please don’t just change one word).

Days will last about 24 hours unless a majority vote is reached before that. Nights will last 12 hours. Day/Night lengths may be adjusted as necessary.

If you have questions that may be revealing, feel free to ask them in your personal QT. You are encouraged to ask questions about the rules of the game, how your role works, and whatever else comes to mind!

You don’t need to be familiar with Star Trek to play. Make up your own alien character, or draw inspiration from other existing sci-fi properties. You are free to play as an existing character from Star Trek, but original characters are also welcome.