Almost every film buff will tell you that Marion Davies was a hack actress who only got to where she was because she was William Randolph Hearst’s mistress. The evidence for this is the unflattering caricature of her played by Dorothy Comingore in Citizen Kane. Except, none of that is true. 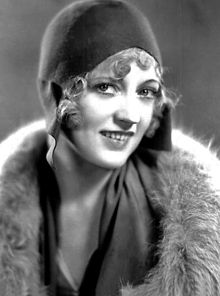 Davies was a very talented actress and a critical favorite. My personal favorite performance from her was in King Vidor’s Show People and I’m not the only one who feels this way; Orson Welles loved her performance too. “But if he loved her acting, why did he make her out to be a hack?” you may be asking. Well, that’s because he didn’t.

Susan Alexander, Charles Foster Kane’s hack mistress, is not based on Davies in any way. She’s more based on Ganna Walska, the second wife of Harold Fowler McCormick and a less than stellar opera singer. For those wondering why Welles threw this into a movie based on William Randolph Hearst… those that only have a surface level knowledge of Citizen Kane, this next part is going to be a bombshell: Citizen Kane is only barely based on William Randolph Hearst. Charles Foster Kane is an amalgamation of a bunch of different tycoons. The only reason why it’s so associated with Hearst is because he threw a hissyfit over it. So yes, the Streisand Effect was a thing before Barbra Streisand was born.

Hope you all have fun posting here tonight and have a great night (and watch Show People).