I’m on vacation planet Rigel IV this weekend, as you can see in the photo below.

Here are some ongoing news stories, though you should be advised there may be a slight lag time, as I am presently enjoying Mai Tais approximately 860 light years from Earth.

Not holy, not Roman, but sort of an empire

Holy Roman Emperor Frederick Barbarossa’s recent conquest of Milan has Rome on edge. He’s made clear his intention to install a sympathetic pope to replace the late Adrian IV, no matter whose toes he has to step on. Now I’m not going to try and justify Frederick’s invasion of Italy, but a bit of advice for the future pope, whoever that may be: don’t make the claim that the entire Holy Roman Empire is your fief and Frederick is your vassal. That kind of talk didn’t sit too well the first time. 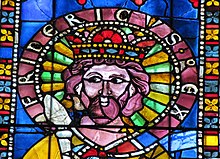 Emperor Nijo and his father, Former-But-Actually-Still-Really-Emperor Go-Shirakawa, have been through some rough times lately. In a series of events the press has been calling the “Heiji rebellion,” factions within the political class decided to kidnap the two of them while the Emperor’s most well-armed supporter, Taira no Kiyomori, was on vacation. Did the rebels not realize that supporter could, you know, come back? Anyway, he did, and the rebels are mostly dead now. This leaves Kiyomori in an convenient spot, with unchallenged access to two rival Emperors – can he use this to gain real control of the government? Stay tuned!

Obituary for Eric IX of Sweden

Eric IX has passed away peacefully at home. Or he was murdered by Magnus II. Reports vary. Anyway, he will be fondly remembered by his successor, Magnus II.

Please make no threats against Mayor McSquirrel or any other Earth residents. Let’s get to it!