At the 2006 Emmys, Ellen Burstyn received an Outstanding Supporting Actress in a Limited Series or Movie nomination for the HBO film Mrs. Harris. The nomination got a lot of attention but not for the reasons the Emmy voters would have wanted. See, Burstyn had 13 seconds of screen time in Mrs. Harris!! 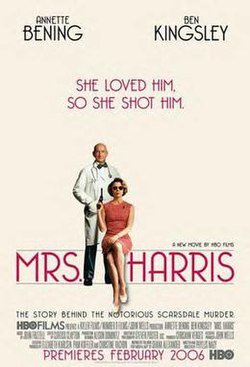 A charitable explanation was that they were honoring Burstyn for past nominations. A more likely explanation is that they didn’t watch the damn thing and just nominated her because Burstyn is a big name.

Burstyn reacted to the nomination with this: “I thought it was fabulous. My next ambition is to get nominated for seven seconds, and ultimately I want to be nominated for a picture in which I don’t even appear.” Ellen Burstyn is awesome.

(should have won an Oscar for this, fucking Julia Roberts)

Hope you all have fun posting her tonight and have a great night. Also, fuuuuuuuuuuuuuuck the Emmys.