The train entered a tunnel, and everything went dark. It went quiet as well. A few people moved around. Some coughs, but otherwise just the humming of the engine and the tunnel winds.

18 minutes felt like hours. Occasionally Zenon tried the radio, whispering “Come in, Gh0st. Are you there?” The only response was more static.

Someone stubbed their toe while moving around.

Old man Indigo Murphy felt something slide into his spinal column. He attempted to shout, but could only make a brief exhale before his circuits stopped running. The world turned from black to red to a white-and-black static.

“We’re here, Gh0st. Is the tunnel almost done? I thought I heard–” Zenon stopped as bright light flooded through the train car. The tunnel had ended.

Murph’s body was lying on the floor in front of Beatrix. “Ugh. Someone get his memories over to Gh0st,” B said, stepping over his body and looking around, “We lose anyone else?”

Everyone else was accounted for. Jimmy stuck his transmitter into Murph’s spine, transmitting his memories to Gh0st.

A few minutes passed. Jack opened one of the crates to see what was inside. It was booze. “Oh hell yeah,” Jack said. He opened another crate. It was filled with flapjacks. They were cold, but a taste test proved they were still fresh. “Well, guess it’s flapjacks and bourbon for breakfast, everyone.”

A bit of liveliness came back into the faces of everyone. They began to eat and drink, and then they heard Gh0st once more, “More bad news. Murph was ours. The chances were pretty high, but I had at least hoped he was ther mystery killer.”

InnDEEEEEED/Indigo Murphy is dead. He was a Freedom Fighter [Vanilla Town]. 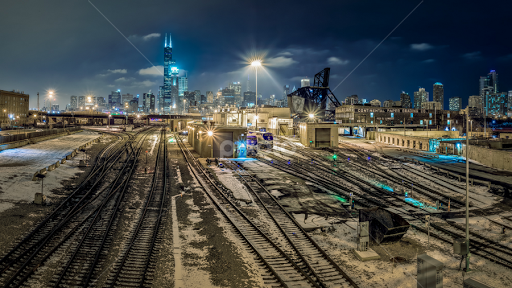 “Well, we’ve got a fork in the road coming up, guys,” Gh0st said, moving past the loss of comrade as if she’d done this before, “I think I can manage a quick switch to one of these routes: The first goes straight to what I assume is System HQ. If you make it there with a decent amount of you left and all of the moles dead, we could turn this situation in our favor, turning this into an ambush. If you guys don’t make it, well then, Sin’s wormfood.

“The second goes to New Boston. If you guys make it there with no moles left, we’ve survived but gained nothing. However, it will at the very least slow the moles’ progress if you don’t survive. Maybe buy us enough time to save Sin some other way. Let me know which way you guys want to go on your private line. I’ll change the tracks based on a hidden majority vote.”

[Vote in your QT whether your would like the train to end up at System HQ or New Boston. Please vote by Twilight.]

“Anyway, while you think about that, try and figure out who the moles are,” Gh0st said, “You have… about 30 minutes. Good luck.”

*Tragic Fan has one townie with whom they share a one-sided bond. If that person dies, they kill themselves.

Remember NO EDITING POSTS. If you edit a post, you will likely be modkilled, which is bad for your entire team. Attack arguments, not people. Feel free to get into character, but votes and game-based decisions don’t necessarily have to be thoroughly character-based. Remember, this is a game. Have fun with it!

The day ends when there is a majority of votes or on Friday at 5PM PST. Countdown Timer