Happy Mardi Gras Day, everyone! In honor of the holiday, I would like to spotlight the musician who, for me, best exemplifies the spirit of the celebration. Mac Rebennack, aka Dr. John, aka The Night Tripper, aka The Gris-Gris Man.

Malcolm Rebennack was born in New Orleans in 1940, but his music was born long before that. While he had little formal musical training, as a young teen he was able to meet and learn from many of the great New Orleans musicians, including Little Richard and, most importantly, Professor Longhair.

To understand where the music of Dr. John came from, it is best to first understand Professor Longhair. Henry Byrd was a local legend in New Orleans, who combined traditional New Orleans Jazz with the sounds of the Caribbean musicians he met in the 1940s. His style, known as rumba-boogie, helped form the foundation of early rhythm and blues music. Longhair’s combinations formed the basis for what would become funk.

Professor Longhair was a huge influence on young Mac’s sense of style, if not at first his music. Fascinated with guitar-based blues and Rock N’ Roll, Mac aspired to be a guitar player. He dropped out of school in his mid-teens and worked as a session musician and producer, while also forming his own proto-Rock band, Mac Rebennack and the Skyliners.

Mac was also enamored of the street life, and an active participant. In his early adulthood he worked simultaneously as a musician, brothel owner, and drug dealer, possibly the most “New Orleans” combination of professions possible. In 1960, his hand was injured by a gunshot, curtailing his career as a guitar player. In 1963, he was sent to federal prison on narcotics charges, and the musical career of Mac Rebennack was almost over before it had started.

Released in 1965, Mac moved to Los Angeles, where he tried to restart his career away from the temptations of his home. He took up the piano, and adopted a boogie-woogie style much like that of Professor Longhair. His new musical style was unusual for the LA scene in the mid-1960s, and Mac saw an opportunity. He had long been fascinated with voodoo, and so he created a new persona, inspired by Professor Longhair and the old tales of voodoo priests. He called himself “Dr. John, The Night Tripper”, and created his own musical fusion, marrying the rumba-boogie to the psychedelic sounds of 1960’s Los Angeles. The result was elaborate costuming and stage productions and new twist on popular music 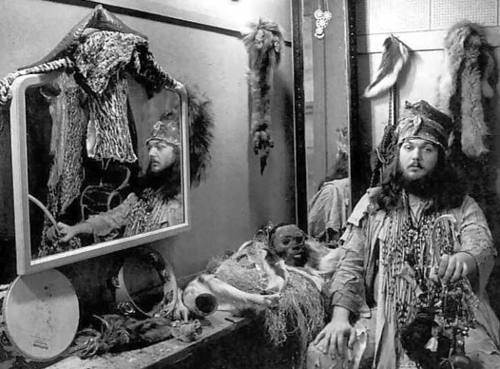 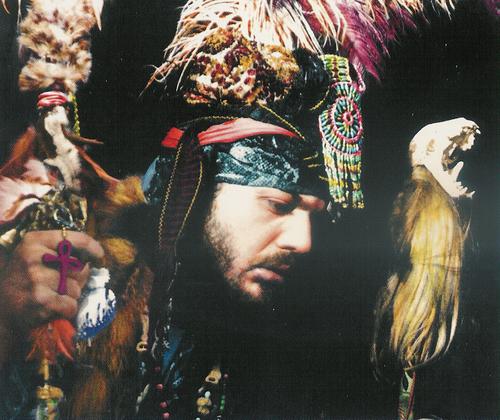 Dr. John’s first album, Gris-Gris, named for healing totems used in voodoo, remains, in my opinion, the most original and striking work he would ever compose. The final track, “I Walk on Guilded Splinters”, is perhaps the best example of his unique blend of New Orleans Psychedelia:

I cannot recommend this album highly enough. Dr. John’s strength has always been to evoke a particular time and place. For most of his career, this has been the bustling, music-filled streets of the French Quarter. But on Gris-Gris, it is someplace else entirely – a place that may or may not exist, filled with magic and legend.

Unfortunately, his record label struggled to find a way to market his music, and Gris-Gris failed to chart. He followed up with Babylon, another attempt at combining his jazz/funk roots with psychedelia.

With commercial success still lacking, Mac began to fall back towards old habits – both musically, as he began recording more traditional New Orleans R&B, and in his personal life, as he fell back into old habits of drug abuse and petty crime. His third album, Remedies, featured a first side that presaged his coming popularity as a standard bearer for the music of his home town. The flip side, however, was a single, epic track, “Angola Anthem”.

Written after he had run into an old friend recently released from the brutal Angola prison (and having narrowly avoided prison himself by getting committed to a mental institution), “Angola Anthem” is a rambling, trippy song that for the most part closed the book on Dr. John’s psychedelic phase. Not long after this album was released, he would drop the “Night Tripper” appellation from his stage name, simplifying his music and his persona.

In 1972 he released Dr. John’s Gumbo, a compilation of New Orleans standards that introduced them to the wider world. Many of these songs, like “Iko Iko” and “Big Chief”, have become popular in many films and TV shows. It may be his most enduring album. It solidified his recording his career, and led to In the Right Place, which retained the traditional spirit of Gumbo with original compositions that leaned more heavily on his love for funk, with a few psychedelic flourishes reminiscent of Gris-Gris. The most famous song is “Right Place Wrong Time”, based on his youthful indiscretions that led to his expulsion from Jesuit high school in the 1950s. My personal favorite, however, and my favorite Dr. John song of all time, is “Qualified”, co-written with Jessie Hill

In addition to being a near-perfect example of the style that came to define Dr. John’s career going forward, “Qualified” is a song of great personal resonance for me. I think it is a song that anyone who has had to struggle with being accepted in a world that sees them as under-educated, under-cultured, or under-refined can relate to. I have actually listened to this song prior to every job interview I have had in the last 20 years.

With Dr. John’s Gumbo and In the Right Place, Rebennack established the blueprint for the remainder of his career, combining takes on the music of his youth on albums like Goin’ Back to New Orleans (probably the single best album to put you in a Mardi Gras Spirit)…

If you are unfamiliar with his work, I hope you take some time to check him out, along with Professor Longhair, Earl King (who wrote “Big Chief”, “Come On/Let the Good Times Roll”, and many others), The Neville Brothers, and some of the other giants of New Orleans R&B.