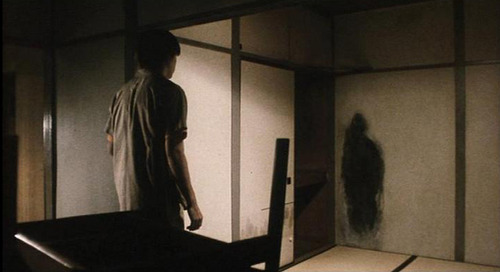 I brought this up with natural horrors but it’s only natural to look to the things around you for horror and there is nothing around us more than technology (well besides air). Heck, you are all reading this right now off a piece of technology, be it a phone, computer, or whatever. Despite this, the Tech horror subgenre is not exactly a deep and substantial one. Part of this is the fact that it’s a fairly young genre with fear of new technology long being the realm of the mad scientist film. Secondly, it’s really hard to make a freaking laptop threatening.

The first example likely being 1977’s Demon Seed about a killer computer/artificial intelligence/home. Aside from one obvious exception (an argument could be made for the great films Altered States and the remake of The Fly being in this genre, an argument I won’t make), David Cronenberg’s body horror infused masterpiece Videodrome using TV and VHS tapes (perfect for use with your stomach vagina), and the enjoyably bad TerrorVision, the next couple decades were sparse and rough with output. I mean there’s 976-EVIL which is famous entirely for being Robert Englund’s (Freddy) directorial debut and Lawnmower Man famous for being so bad (and so unlike the book) that the author of Dreamcatcher and Under the Dome (Steven King) was able to successfully sue to stop using his name to promote it but that’s about in in notable films.

The end of the ‘90s did at least give us a pair of notable films in the great Ringu and Cronenberg’s eXistenZ, his spiritual sequel to Videodrome. It also gave us that episode of Buffy the Vampire Slayer where Willow falls in love with a computer but we don’t like to talk about that. It was after this, and especially in the ‘00s that the genre exploded… as a subject for dozens of despised direct to video fare such as Hellraiser: Hellworld with the occasional Feardotcom, Cry_Wolf or King adaptation Cell making it to theaters only to be quickly forgotten. Even other notable titles like One Missed Call and Open Windows are respectively poor and poorly regarded. As a result, we have to hold on tight when we get a surprisingly superior remake in The Ring or the surprisingly decent Unfriended comes around because with Hollywood’s poor understanding of technology (insert NCIS or Dagon clip here) this is unlikely to change anytime soon.

Today’s film is yet another Japanese film (I promise to try and throw in some more non-English language/non-Japanese films before the end of the month because we are currently at an embarrassing three) and both one of the few notable Tech horror films and one of the new wave of Japanese horror that popped up after Ringu. Unsurprisingly, it is also a ghost story the way so many of these Japanese horror films are (including Ringu and One Missed Call). Once again I feel the need to get this out of the way and I hate that I have to say this whenever I review a Japanese horror film from the period, but it looks terrible as if it was filmed on an old VHS tape. It might even be grainier and worse looking than Ju-On: The Cursewhich was at least a DTV title. It’s a shame too because the camerawork is generally well done and it has some good effects (pixel like ashes not withstanding). Still, I’ll go so far as to say that the low budget look if not improving the film, at least didn’t bring it down too much because it’s almost like watching it on one of those CRT monitors the film loves so much and the film’s good enough to get by.

The other important thing to note off the bat is there is no way in hell this should be two hours long. You are not The Shining and there’s a reason most of the best horror movies rarely exceed 100 minutes. Generating effective horror and suspense for 90 minutes is hard enough, that extra half hour is killer to a film’s pacing and Pulse goes past slow and into a deathly crawl to the finish. There’s an SPOILERS apocalyptic feel to the story that the slow pace helps with but it takes a long time to get to that. END OF SPOILERS

The story weaves together two plots, one with a male lead, the other a female lead SPOILERS until they finally come form a cohesive whole and the story in general improves. END OF SPOILERS Both stories deal with some eerie pieces of technology, the former with a website that the computer has a habit visiting on its own and the later a combination CD and weird One Missed Call (though predating it and superior in every way) style phone calls. The website feels like the far more original story, almost as if it is a film version of the urban legends of the period while the other just feels like every other modern Japanese horror distilled down. Both see dark figures moving around in the background and the film is at its best when it depicts the ghosts as black stains or vaguely humanoid like shadows, less so when they are given human form with long black hair and just kind of milling about appearing slightly less threatening than a stack of papers (at least they could give you a paper cut). There’s also a scene early on featuring a man’s body that has been hung was actually somewhat disturbing looking with the neck stretched in a way few films seem to care about depicting.

SPOILERS The film feels like a giant bait and switch but for once that is a complement. What just seems like a couple nondescript people getting threatened by a ghost or two and presumably figuring out the people it has struck before actually takes the time to develop into something more. The female starts noticing weird events all around her, suicides, people starting to disappear, more ghosts start showing up and more frequently, and eventually it’s revealed this isn’t some small event or single haunting. There’s still a bunch of time killing initially, but the plot does get moving more when it’s not having to balance the two plots. The story seems to exist beyond our two leads and we only get glimpses of it which makes everything feel that much more hopeless and filled with despair that for once sinks into everyone on screen. END OF SPOILERS

The acting is well done especially outside of the stereotypical horror scenes as the oppression builds. The larger plot is what elevates above its ilk (including Ringu) in my opinion. There’s still the trademark scenes that these movies are designed around which are always good, but it remembers that they aren’t the entire point of the film and don’t have to be the climax. It’s just a really good movie.

Referred to by TCM as its US title, The Woman Who Wouldn’t Die, frankly I like that title better than the boring inaccurate title that it went by. There aren’t even any catacombs in the movie. Well before we break this down any further, I think we can some this up quickly as SPOILERS a b-rate Les Diaboliques. Sure, the victim is switched (it’s the wife who is murdered here) and the two people involved on the ending twist are slightly different but other than that and well, not being anywhere near as good, it’s basically the same exact thing. END OF SPOILERS I could just end the review and save some time saying just go watch that film again but I guess I’ll proceed though there’s very little to say.

A man is having an affair with his niece (who he disgustingly refers to as someone he is like a father to while she is present) and seeks to get rid of his wife, a decision hurried up by her catching the idiots kissing in the open. He seizes on an opportunity to drown her in a sink and with the help of a friend (who it was never really established why we should be willing to believe why he was brought in on this or so eager to help at first) and his niece (don’t care if they aren’t blood related, still gross) he buries her and hires a woman to go to Italy posing as his wife. He’s also not allowed to leave a cottage or he will for forfit his inheritance, SPOILERS a plot point that seems wholly contrived and it is only this unforeseen part of the will that even allows the niece and friend’s plan to fucking exist.  END OF SPOILERS

Mysterious things start happening the niece catching the sight of his wife of his wife and various other occurances to drive him mad SPOILERS and cmon, there’s no way we couldn’t have seen this coming especially since the film barely even seems to bother trying to sell that it might be supernatural. END OF SPOILERS Instead we just get trucked through a generic psychological thriller where we watch an aggressively unpleasant man driven crazy thinking his wife may be back to haunt him for his misdeeds. A movie like this runs on its acting and mood and apart from the obnoxious lead, every character is dull and lifeless. The setting is fine but it’s hard to screw up a black and white night scenes in a film made like this and it certainly isn’t going to carry the film. It’s a forgettable, generic thriller that doesn’t thrill and I can safely say I’m not looking forward to the next Hessler movie I have on deck, The Oblong Box.